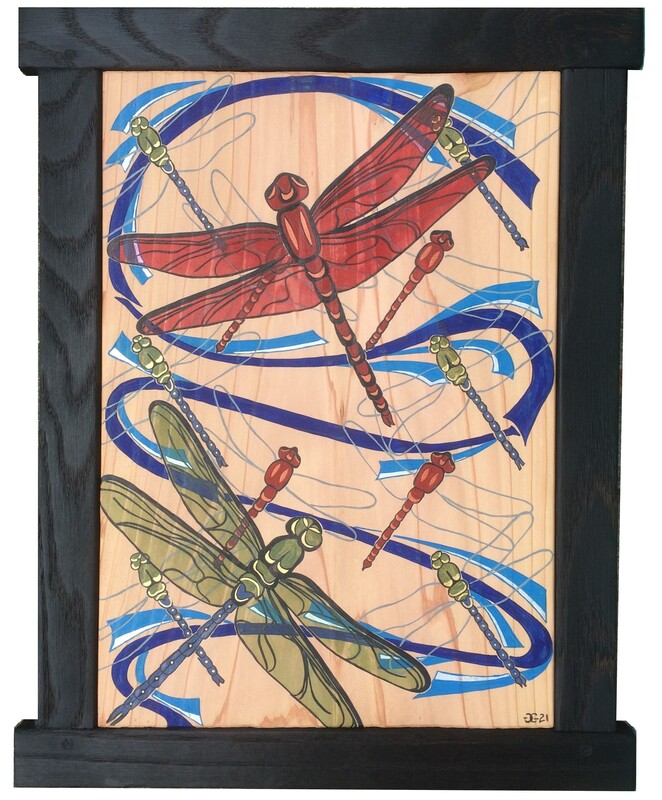 DRAGONFLY DANCE
ACRYLICS ON CEDAR W/RED OAK FRAME
FALL 2021
As summer ended and autumn truly arrived (along with the rain), we savored the soon-to-end opportunity of sitting outside during our traditional two o’clock tea break.  While enjoying our tea we would often see dragonflies as they visited the neighborhood.  Dragonflies are such prehistoric-looking creatures, and seeing them reminded me of how cool they are.  Growing up, Leigh called dragonflies “snake doctors”.  Interestingly enough, Southwestern Native tribes also used this descriptive term because they believed dragonflies would follow injured snakes below ground and heal them.  Dragonflies are the national emblem of Japan and are a seasonal symbol for autumn.  As symbols of courage and strength, samurai warriors would often adorn their armor and weapons with dragonfly motifs.  Seeing our dragonfly visitors inspired me to do this painting.  The design was influenced by Japanese art, especially dragonfly tsuba (metal hand guards) from samurai swords. I made the frame out of red oak using pegged, hand-joined, mortise-and-tenon construction methods.  I used the Japanese technique (shou-sugi-ban) of charring and oiling the oak to finish the frame. 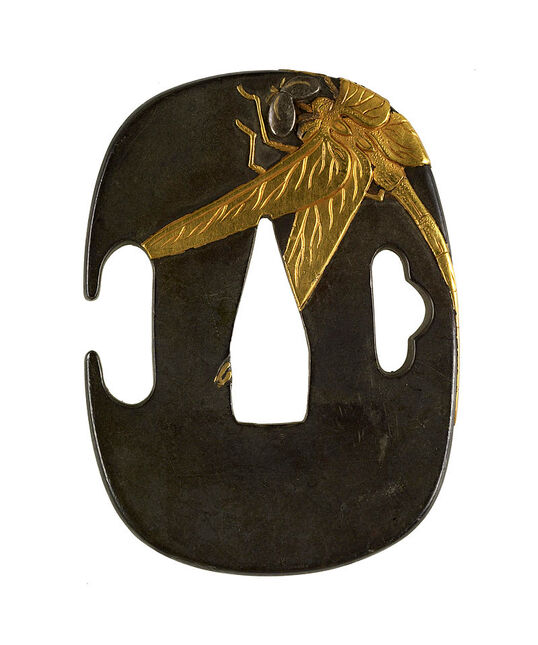