In 1980 Leigh and I moved back to Neah Bay where we were employed as teachers.  This allowed us to renew old friendships as well as to make many new ones.  We remained there as teachers on the Makah Reservation up until 2003.  While in Neah Bay, I had the opportunity to witness the living art of the Makah people through the dances, masks, other art objects used at many potlatches held there. I also had the chance to admire the artwork of many creative Makah and Nuu-chah-nulth artists, from Frank Smith (a transitional, “pre-Holm” carver) to Greg Colfax, Micah Vogel, Spencer McCarty, George David and Art Thompson.  All of these experiences were life changing and have entered into my own artistic endeavors.   During this time I continued to paint as part of my education, creating several paintings as time allowed.  Reflecting my love for the beautiful painted screens of old, I painted three 5 foot by 8 foot screens.  These larger paintings helped me progress as I continued to learn the painted form. 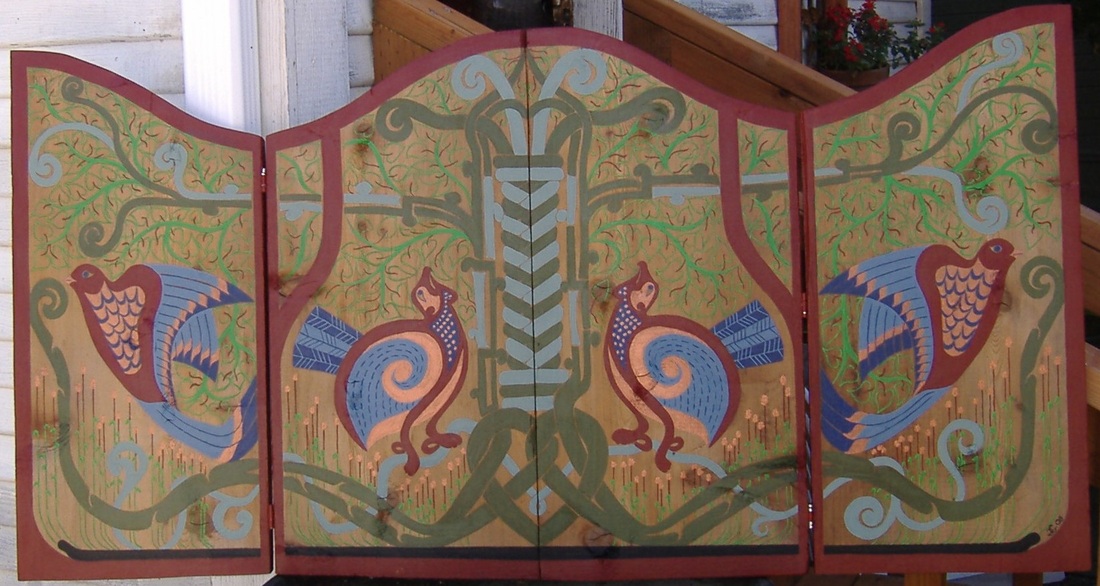 TREE OF LIFE Fall 2008
In 2003 Leigh and I made the difficult decision to move to La Conner to finish our teaching careers and to eventually retire.  As it turned out, this was a good move.  For me it was coming full circle, back to where I first came to Washington State in 1974.  By this time I no longer wanted to paint in the traditional way.  Being non-native, I wanted to distance myself from doing an art form to which I held no rights or prerogatives.  Yet at the same time I did not want to extinguish a part of me that was very important.  Since retiring in 2010, I have been able to form a hybrid art—one that has special meaning to me.  Northwest Coast Indian art still forms the foundation of my hybrid style.  However, the formal rules and design elements have been abandoned.  Incorporated with in this foundation are elements from Celtic Art; in particular, the Book of Kells and the Celtic Revival designs of Archibald Knox.  My interest in Celtic art stems from our many family visits to Scotland.  Our daughter Jessie and her husband Adam both attended the Glasgow school of Art and are currently living in Carnoustie.  From this connection I learned about Charles Rennie Mackintosh and the Glasgow style, of which I greatly admire.  This led to my being influenced by other British Arts & Crafts architect/designers, particularly M.H. Baillie Scott and C.F.A. Voysey.  They all continue to play an important role in my designs.  One final source of ideas and inspiration comes from Japanese woodblock prints, from the ukiyo-e masters like Hokusai to modern printmaker Kiyoshi Saito. 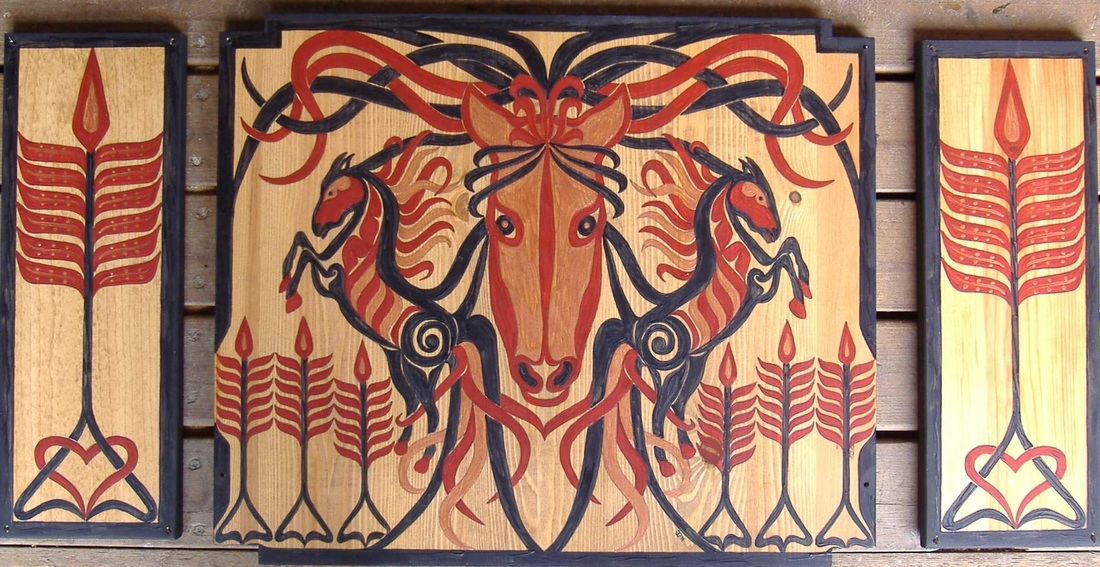