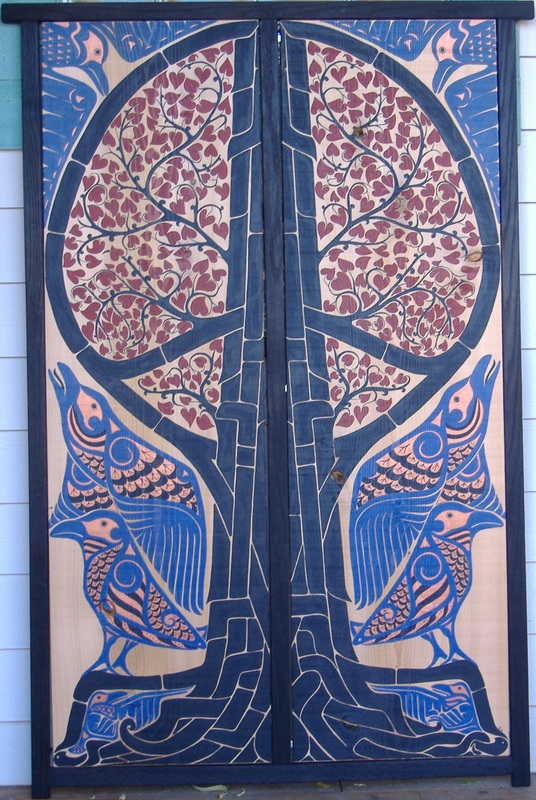 RAVEN'S FOREST
ACRYLICS ON CEDARW/ RED OAK FRAME
(FALL 2013)
Early in the fall, Leigh & I took my sister Renee to visit Leavenworth, WA.  It was one of those foggy gray days in the Skagit Valley when we set out for the drive.  As soon as we started gaining elevation the fog was left below and it turned into a crisp fall day.  The color of the leaves was at its peak and the brilliant tones of yellow, orange, and red could not be bested.  One particular tree in all its autumn glory was a magnificent old Red Oak in the heart of Leavenworth.  In this instance the tree lived up to its name as the leaves were a dazzling fiery red.  They reminded me of a piece of red lustre ware I saw on a film about British pottery, a dish made by William De Morgan.  The 1885 earthenware dish is in the Victoria & Albert Museum and shows leaves swirling around a central dragon figure.  De Morgan’s stylized leaves were the inspiration for the leaves I planned to use on my tree, instead of a more realistic oak leaf design.  The design of my tree was to incorporate the central vertical piece of my frame, and was made to represent the Tree of Life.  Its overall shape was inspired by the Art Nouveau door and entrance to a shop in Brussels, Belgium designed by Paul Hankar (see Klaus-Jurgen Sembach, Art Nouveau, ©2010, page 45).  When Renee and I were down by the Wenatchee River, you could hear the throaty call of ravens.  Ravens are amazing birds and ones of significance in both the Northwest Coast Native tradition and in Celtic mythology.  Ravens symbolize the interconnection between life and death and show how both are intertwined in our world.  Thus it was appropriate to include them in my painting showing the connection between heaven, earth, and the underworld.  I made the frame first so that it would fit the two five-foot by 18-inch pieces of red cedar I had obtained.  I made the frame out of red oak using pegged, hand-joined, mortise-and-tenon construction methods.  I used the Japanese technique (shou-sugi-ban) of charring and oiling the oak to finish the frame.  Thus made, the blackness of the frame would blend into the blackness of the tree’s trunk. 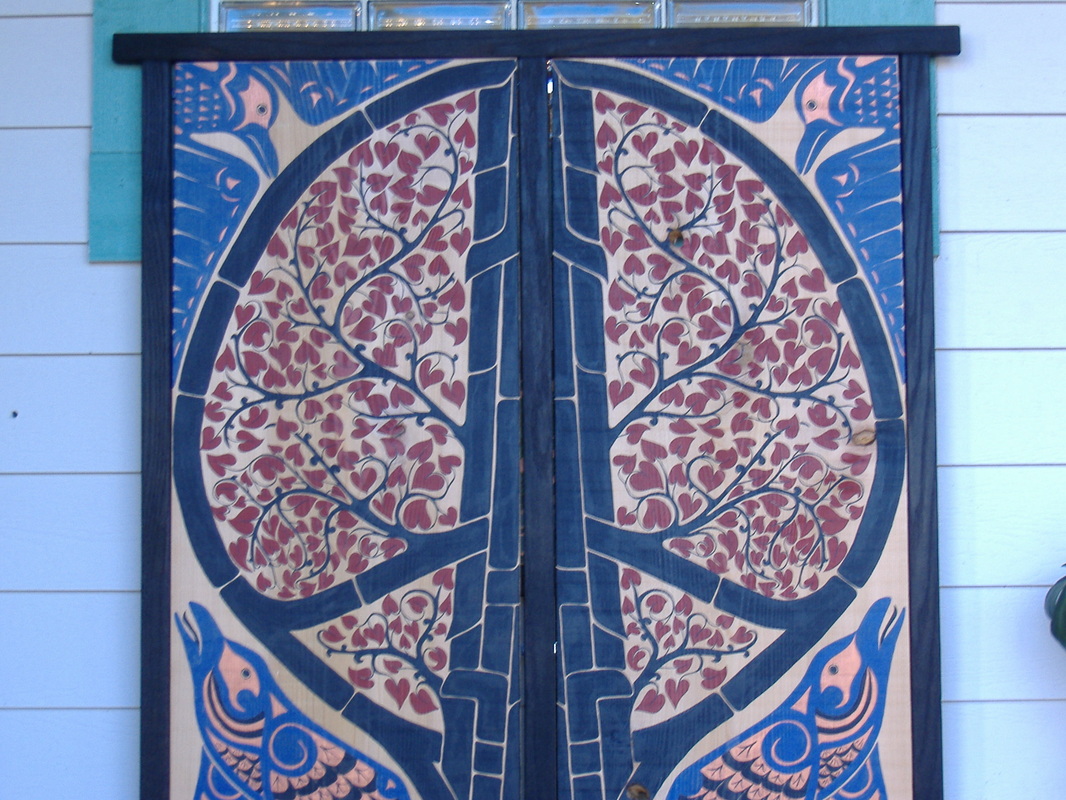