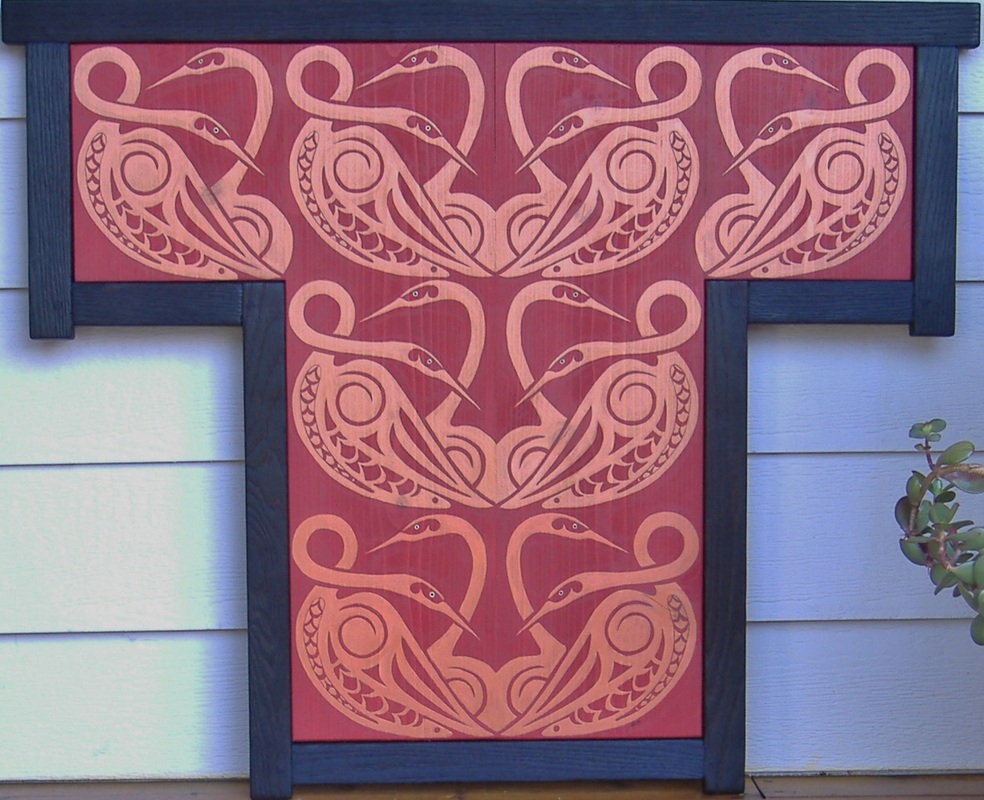 ﻿SERIZAWA'S KIMONO
ACRYLICS ON CEDAR W/RED OAK FRAME
SUMMER 2014﻿
While researching folding screens in preparation for designing my “Glasgow Peacock Screen” (2010), I was first introduced to the art of Keisuke Serizawa.  Since then I have greatly admired his textile designs.  Similarly I have long had an affection for kimonos and the patterns displayed on them.  Recently, while reading Serizawa: Master of Japanese Textile Design, ©2009, edited by Joe Earle, I was taken by one particular kimono Serizawa created that was illustrated in this book.  The kimono, Seabream, (see pages 64 & 65) specifically appealed to me as it reminded me of the interplay between positive and negative space so frequently used in Native Northwest Coast designs.  It inspired me to do a painting where the background and negative design elements would receive the primary paint color.  My bird design for this piece is reminiscent of the southern tradition of incise-carved designs seen in Salish spindle whorls and combs and in the Makah art from Ozette.  Back in 1975-76 Kirk Wachendorf gave me a photocopy of a chest design from a large bentwood box excavated at the Ozette site.  At the time I was impressed by how, without paint, the formlines were delineated by shallow, incised carvings.  Bill Holm discussed this “donut and hole” method in his essay “Form in Northwest Coast Art” (in Roy L. Carlson (ed.), ©1976, Indian Art Traditions of the Northwest Coast, pages 33-45).  Also in that same book, Richard Daugherty & Janet Friedman’s essay “An Introduction to Ozette Art” (pages 183-195) included a photo of the same chest front Kirk showed me (figure 10:5, page 189).  All of these influences played a major role in the creation of this work and ultimately, it is to honor Serizawa that I painted it.  I made the frame out of red oak using pegged, hand-joined, mortise-and-tenon construction methods.  I used the Japanese technique (shou-sugi-ban) of charring and oiling the oak to finish the frame. 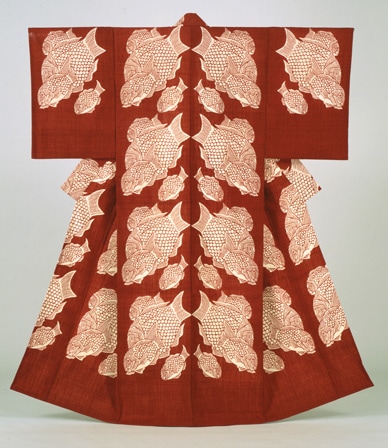