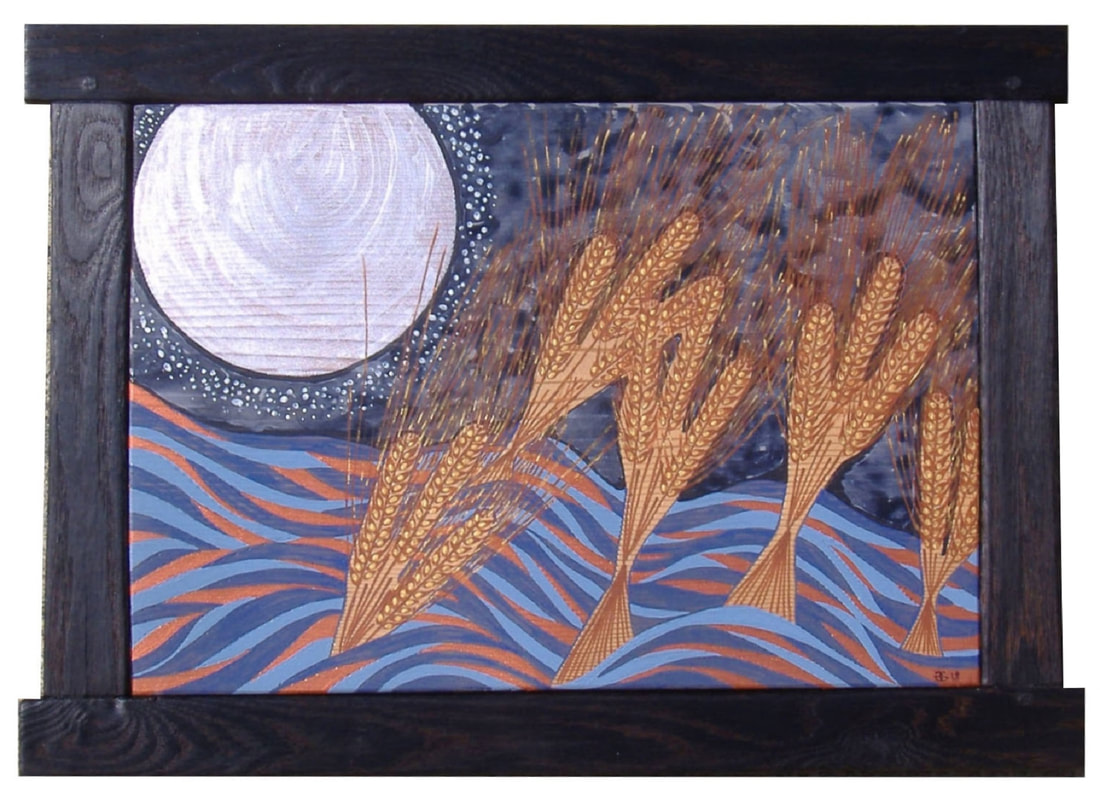 CIRCLE ABOUT THE MOON
ACRYLICS ON CEDAR W/RED OAK FRAME
SUMMER 2018
Early August and the barley is ripening in the fields of Skagit Valley.  It reminds me of Scotland and the barley traditionally grown there, much of which wonderfully ends up as Scotch whisky.  With climate change becoming more and more of an issue and sea level rise projections causing concern, storm surges will have an increasing impact on our coastal communities.  All of this leads to one of my favorite songs from Scots Gaelic singer/composer Julie Fowlis entitled Cercall mun Ghealaich (or in English, Circle about the Moon).  The song begins with Julie speaking in English which is then followed by the song sung in Gaelic, which was put to music by Julie.  These are the opening lines of the poem (lyrics) written by contemporary writer Catriona Montgomery:

From the liner notes, it says that “when you see a circle around the moon, it is often a warning of change—usually not for the better.”  My painting is hopefully not an ill omen of times to come for all of us who live by the coasts.  I made the frame for this painting out of red oak using pegged, hand-joined, mortise-and-tenon construction methods.   I used the Japanese technique (shou-sugi-ban) of charring and oiling the oak to finish the frame.