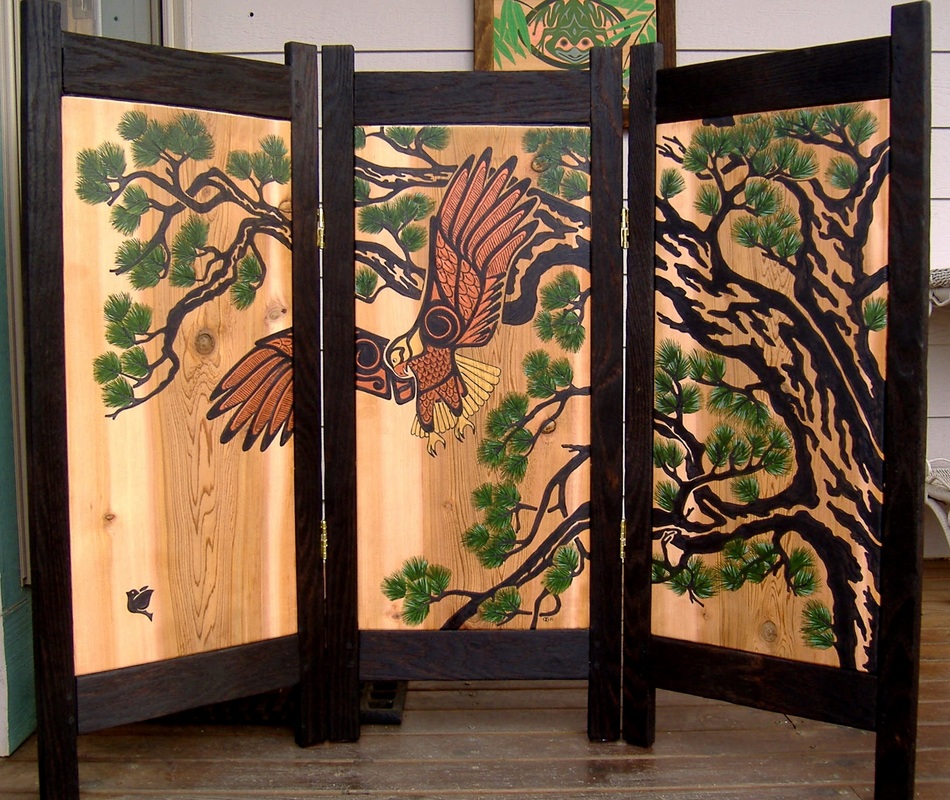 WINTER SCREEN: EAGLE & PINE
ACRYLICS ON CEDAR W/RED OAK FRAMES
WINTER 2016
Recently I have been studying Japanese screen painting and was interested in seeing several painted screens that focused on the changing of the seasons.  Folding screens, or byōbu, have a long tradition in Japan, and often six-panel screens were created in pairs to portray a scene.  I liked the parallel of the twelve individual screens with the twelve months and thought that they make a perfect way to show the seasons.  Thus I decided to do a series of four three-panel screens throughout the year, each representing a particular season.  The plan is to paint each screen during the season portrayed, beginning with winter.  Each screen will include a seasonal bird and tree as their focus.  Also, all four screens will have identically-painted back designs incorporating our “heron mon”, thus showing the screen’s inclusion in the series.
The first in the series, the Winter Screen, depicts a bald eagle springing from the branch of a large pine tree on which it had been perched.  This winter has been a particularly excellent time to see bald eagles as they migrate through the Skagit Valley (adding to our resident bird population).  Maybe conditions upriver have not been as good, but regardless, the eagles seen locally by La Conner have been frequent and many.  Although pines are not as common in Western Washington, here in La Conner there are several fine mature trees that catch my eye.  In Japanese art, the pine tree is a seasonal motif for winter and symbolizes longevity.  I love painting pine needles and try to experiment with different techniques in depicting them.  A resource that was very helpful with this project is Miyeko Murase’s ©1990 book Masterpieces of Japanese Screen Painting.  Two inspirational screens from this book were Yamamoto Soken’s Flowers and Birds of the Twelve Months (see pages 49-54) and Soga Nichokuan’s Birds of Prey (see pages 25-29).  I made the frames for each panel out of red oak using pegged, hand-joined, mortise-and-tenon construction methods.  I used the Japanese technique (shou-sugi-ban) of charring and oiling the oak to finish the frames.  Brass folding screen hinges were used to connect the three panels. 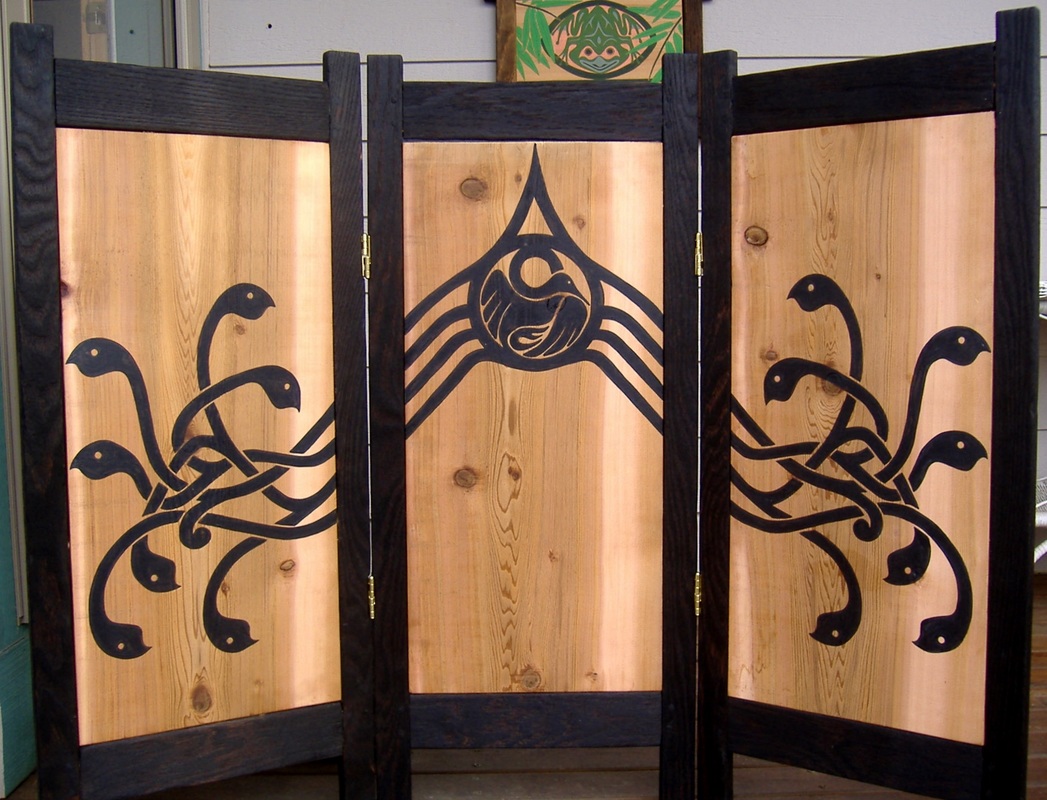 Yamamoto Soken’s Flowers and Birds of the Twelve Months