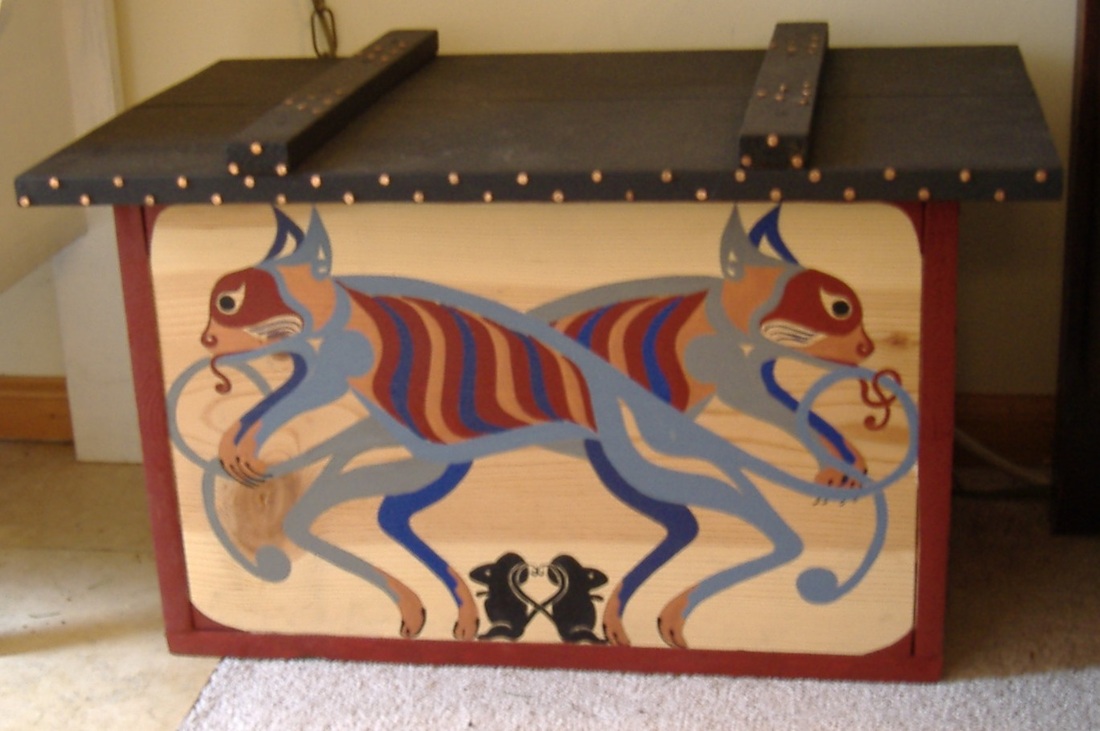 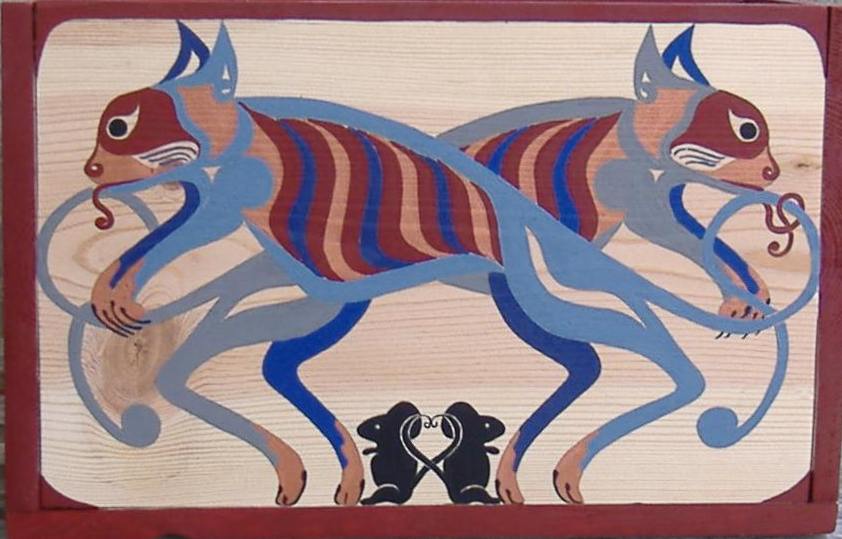 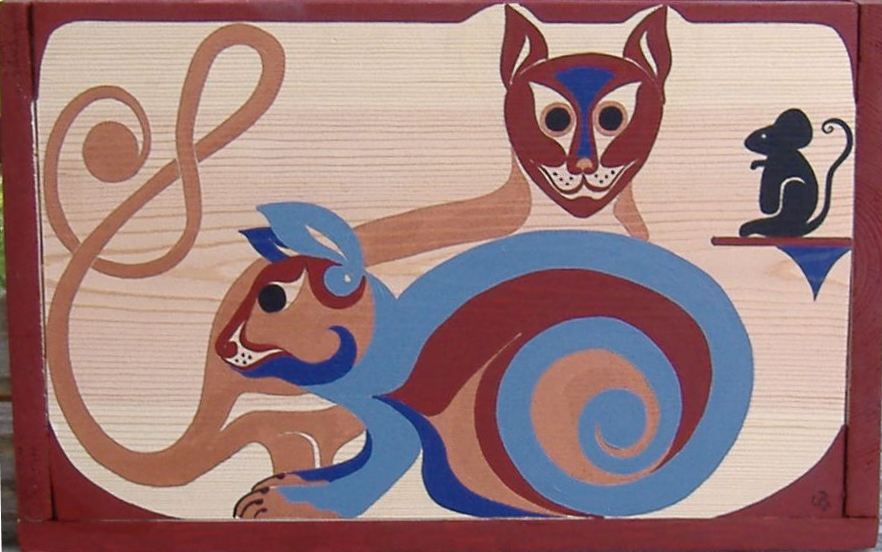 KELLS CATS CHEST
ACRYLICS ON WHITE PINE
(SPRING 2009)
As a continuation of my plans to do my art on useful items such as boxes, I planned to make a chest with cats.  I remember seeing Celtic cats (or the Lion of St. Mark) from the book of Kells.  Sir Edward Sullivan’s description of the Book of Kells (©1988, Bracken Books) and George Bain’s Celtic Art: The Methods of Construction (©1997, Redwood Books) both provided ideas and examples.  I had included a cat and mouse design on a previous painting of loons that I made for Doug and Esther Siegel back in the late 90s or early 2000s.  So, I decided to make cats the main focus of the design, and this has been my most Celtic-styled design to date.  For this box design, the greatest help came from a CD-ROM digitized version of the Book of Kells produced by Trinity College Dublin (©2004).  Northwest Coast Native chest designs from the northern region (especially Haida, Tlingit, & Tsimshian) typically have a formalized animal family-crest design on the front and back, with more abstract sides.  I wanted to continue this tradition on my chest.  The chest front showing two crossing cats was influenced by the following pages from the Book of Kells: 19 verso, 40 recto, 72 verso, 111 recto, 309 verso, and 335 recto.  In addition 48 recto shows a cat catching a mouse---and I wanted to add mice with the cats, just for fun.  The chest back showing two relaxing cats was influenced by the following pages from the Book of Kells: 69 recto, 83 recto, 183 verso, and 280 recto.  The chest sides showing cat/lion heads in profile were influenced by the following pages from the Book of Kells: 114 verso, 124 recto, and 285 recto as well as page 113 in George Bain’s book.  I made the top to be playful again, showing mice with “pussy” willows.  The willow design came from a tablecloth we have that I particularly like.  However, a big problem emerged with this chest.  I made it out of pine planks, and this soft & cheap wood began to warp.  Ultimately I could not really put this top on the box because of its warp and poor fit.  This first top now hangs on our upper bathroom wall and I made a new top out of hemlock planks (winter break 2009), painted it flat black, and embellished it with copper tacks.